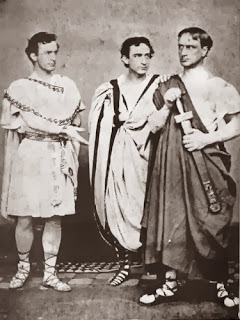 "My research on the Booth family has led me to believe that Abraham Lincoln was murdered as a result of sibling rivalry and not because of John Wilkes’ love of the confederacy. Edwin Booth, a staunch supporter of Abraham Lincoln , was honored by the president. In fact, shortly before John Wilkes shot the president, his brother Edwin saved Lincoln’s son Robert from being crushed by a train. 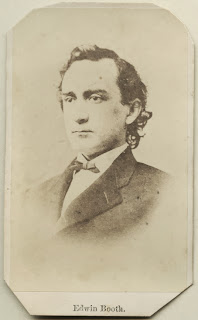 I am also fascinated by the rumor that John Wilkes was not killed twelve days after he shot Lincoln, as the history books state. I find this mystery intriguing, and whether or not it is true is not the point. My idea is to use the investigation of this conspiracy theory as a vehicle to weave together the story of the brothers' lives.

Did John Wilkes Booth shoot Abraham Lincoln because of the outcome of the Civil War, or was the killer tortured by an intense sibling rivalry? Brothers Edwin and John Wilkes Booth both wanted to wear their famous father Junius Brutus Booth’s thespian mantle. John Wilkes, the favorite son, was kept in school by his parents in the hopes that he’d chose a worthier professional than acting. Meanwhile, Edwin’s childhood was spent being valet to his crazed, alcoholic genius of a father. This situation trained Edwin to become a talented, hard-working star who deeply understood the nuances of Shakespeare, while the younger brother grew into an impatient, fame-seeking dreamer. 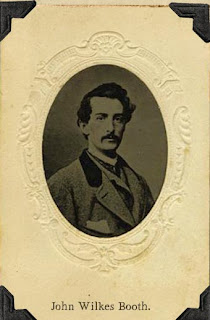 On April 14, 1865 John Wilkes shot Lincoln at Ford Theater in Washington, DC. After a heated chase that lasted twelve days, John Wilkes was caught and killed – or was he? There’s a substantial amount of evidence suggesting that the military may have killed and buried the wrong man. Rumors have circulated in the Booth family for years that their ancestor was not the one shot in that Virginia barn in 1865 – John Wilkes supposedly lived on under a variety of pseudonyms for years. A doctor who had previously operated on John Wilkes examined the corpse and claimed that it looked nothing like him. A family friend who identified the body mentioned that after death he had changed considerably and his hair color was not correct. No Booth family member ever identified the corpse. 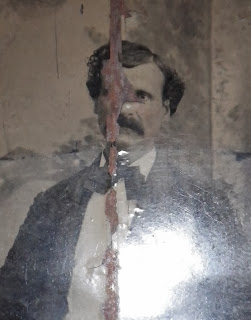 In 1878, a handsome, Shakespeare-quoting liquor and tobacco merchant in Granby, Texas named John St. Helen became ill. Thinking he was dying, he confessed to his lawyer friend Finis L. Bates: "I am dying. My name is John Wilkes Booth, and I am the assassin of President Lincoln. Get the picture of myself from under the pillow. I leave it with you for my future identification. Notify my brother Edwin Booth, of New York City.” St. Helen claimed that the body thought to be Lincoln’s killer was really a red-haired plantation worker named Ruddy, who had been sent to fetch his papers. That, said St. Helen, was why Ruddy had them on his person. But after this confession, St. Helen did not die. He later rescinded his story, moved away and changed his name to David E. George. 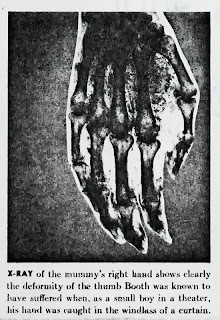 In 1903, George committed suicide. He had previously confessed that he was John Wilkes Booth to a reverend’s wife. His will mentioned that his former friend Finis L. Bates should be contacted upon his death. Bates was summoned and identified the body to be his old friend John St. Helen, the man who had claimed to be John Wilkes Booth. The corpse, mummified by the undertaker, was examined and x-rayed. The body possessed leg and neck wounds that corresponded with those of John Wilkes Booth. No family members claimed the body, so it was given to Finis L. Bates.

In 1920, Finis L. Bates wrote to the FBI with his theory and proof that John Wilkes Booth was not killed in a barn in 1865. They did not respond. Bates claimed that an embarrassed military was covering up the story. St. Helen had explained to him that the leader of the conspiracy to assassinate Lincoln was Vice-President Andrew Johnson (who today is generally considered to be among the worst of American presidents, due to his opposition to federally guaranteed rights for African-Americans). Bates wrote and published his book, “The Escape and Suicide of John Wilkes Booth.” Bates died penniless and ridiculed for his lifetime goal of trying to illuminate what he believed the biggest cover-up in American history. (Incidentally, Bates is the grandfather of the actress Kathy Bates).

The postmortem career of John Wilkes fared better financially than his living one, although wherever the mummy traveled bad luck followed those who profited from it. The mummy was bought and sold, held under bond, seized for debt, chased out of town for not having a license, threatened with lynching by indignant Civil War veterans, and, in 1919, kidnapped. 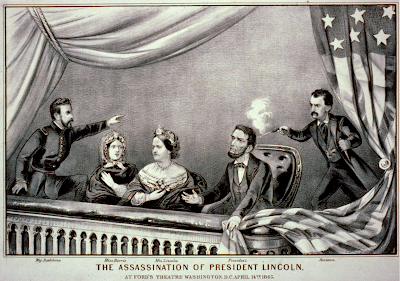 To this day the controversy continues. As recently as last year, Booth family members agreed to exhume Edwin and John Wilkes to test their DNA for a match. Unfortunately (and mysteriously), John Wilkes’ body in the family plot was placed in an unmarked grave and cannot be located today. In addition, the military holds three cervical vertebrae from John Wilkes body in The National Museum of Health and Medicine. The Booth family requested that these bones be used to test the DNA. The request of the Booth family was surprisingly denied. The test would only slightly damage one bone. The mummy disappeared in the 1970s, so that cannot be tested either. 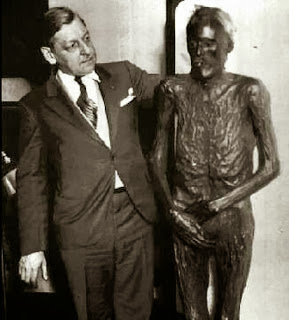 "Although the results might be intriguing, and the temptation to exploit emerging technologies is strong, the need to preserve these bones for future generations compels us to decline the destructive test," wrote Carol Robinson, the Army's congressional actions manager for the U.S. Army Medical Command, which oversees the museum.

"The three vertebrae that were removed during an 1865 autopsy, believed to be [of] John Wilkes Booth, are unique and DNA testing may or may not yield the information desired," states a letter to U.S. Rep. Chris Van Hollen (D., Md.), who helped submit the request.

The answer is "beyond disappointing. . . . I'm angry," said Joanne Hulme, a Booth family descendant who lives in Philadelphia's Kensington section. "I would like to know who's buried in the family plot" in Baltimore's Green Mount Cemetery, where the assassin is allegedly interred. – The Philadelphia Inquirer, April 1, 2013 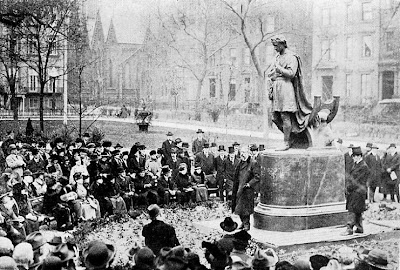 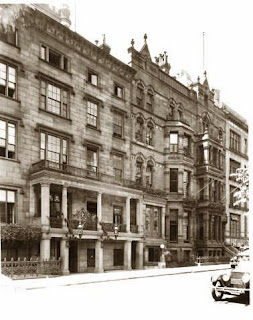 In the summer of 2013, Michael Barra of Stageworks Media and I joined forces. He suggested the use of The Player’s Club as a venue for Speakeasy Dollhouse. After visiting the mansion I felt it was too elegant for my immigrant grandfather’s story. I did research on its history and was astounded by the story of the Booth brothers. As in my grandfather’s story, someone was mysteriously murdered. In addition, and also like my story, we know who committed the murder, but we don’t know why. Both stories have conspiracy theories. I grew up thinking my grandfather was in the mafia. Now I know that he may have been set up by them. John Wilkes Booth may have sided with the confederacy, but is that really why he killed Lincoln? And what about this mummy? - Cynthia von Buhler 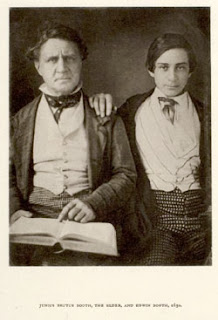 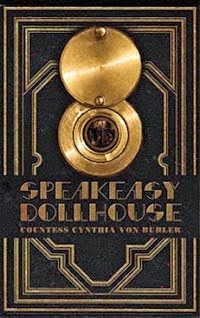